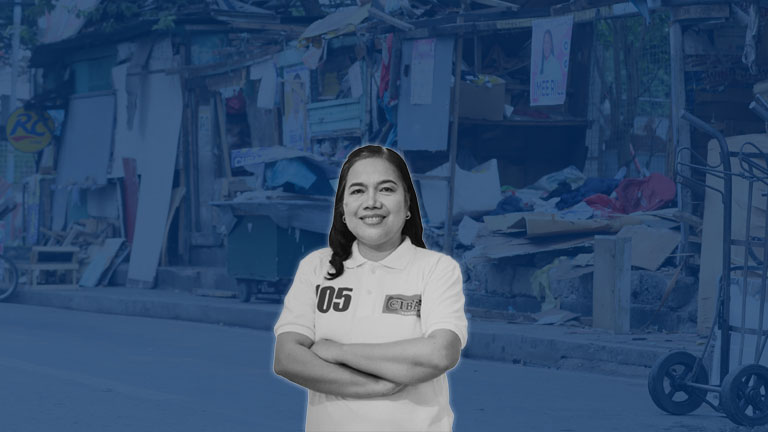 Radyo Natin Town Hall Meeting episode aired on May 3, 2022, discussed how corruption can affect the education of the youth, the agricultural sector, OFWs, and many more. This time, it was participated by Citizens' Battle Against Corruption party-list (CIBAC) representative and third nominee Atty. Cathy Valencia.
Citizens' Battle Against Corruption party-list (CIBAC) is a group of people who have legitimate advocacy to fight against the corruption, and represent the lifeblood of the economy including OFWs, workers, farmers, fishermen, and professionals with the adherence to truly fight against corruption in the Philippines.
Valencia answered various questions and issues presented to her by Radyo Natin Candon, Ilocos Sur, Radyo Natin Alaminos, Pangasinan, Radyo Natin San Jose, Antique, Radyo Natin Hinigaran, Negros Occidental, Radyo Natin Tacurong, Sultan Kudarat, and Radyo Natin Pantukan, Davao de Oro.
Radyo Natin Candon, Ilocos Sur
Mr. Derek Romeo asked: How bad is the situation of corruption in the country? And what is the direct effect or impact of corruption on an ordinary citizen?
Valencia said that in 2020, the Philippines ranked 115th on the corruption index worldwide. Now, we are at the 117th which means that the corruption has worsened.
The CIBAC party-list believes that corruption is the root of poverty and when the corruption level is high this can bring more suffering and discomfort to people, especially to those who lost their jobs or source of living due to the COVID-19 pandemic. This is the reason why CIBAC will continue creating laws that will eliminate corruption in the country, said Valencia. 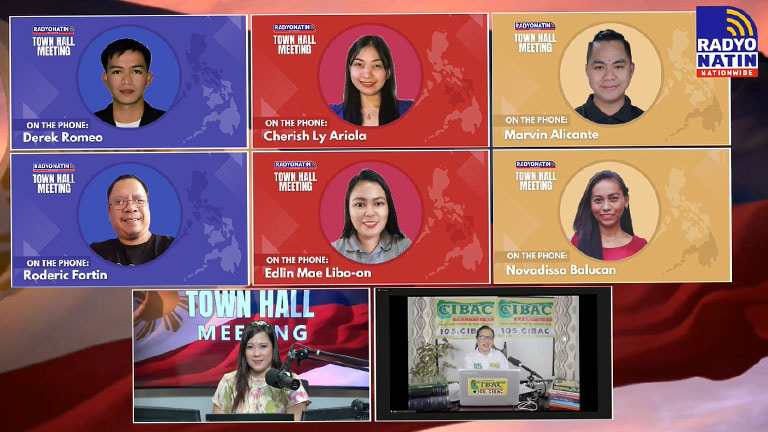 Radyo Natin San Jose, Antique
Ms. Cherish Ly Ariola asked: How can the citizens help in combating corruption in the country?
Filipino voters have responsibilities in this coming election. Valencia said that the people should be observant and alert in voting for the future leaders. She said that the people should vote for leaders who have a sincere purpose, a proven track record, and should have authored bills that will help the Filipino people to have a better life.
Valencia said that the role of a leader does not stop after being elected. The public should be watchful of its government officials and they should observe how they are using the power given to them by the Filipino people.
Radyo Natin Tacurong, Sultan Kudarat
Mr. Marvin Alicante asked: As a lawmaker and educator, how does corruption affect the education of the youth?
According to Valencia, if there is no corruption, all the programs of the government for the youth, especially for the students, will be implemented appropriately. This can help in constructing good quality classrooms, laboratories, and buildings wherein students can also have a good quality education.
She added that if corruption will be eliminated, more gadgets will be distributed to students during the implementation of the online learning system. Due bid rigging, some procured textbooks have errors which can also affect the education of the students.
The Government Procurement Reform Act or RA 9184 supported by the CIBAC party-list aims to strictly oversee all of the procurement processes and funding of the government. This can also help in making the bidding and procurement process transparent.
Radyo Natin Alaminos, Pangasinan
Mr. Roderic Fortin asked: How can we eradicate corruption in the agricultural sector?
Valencia said that due to the hot weather, fishes in Dagupan die which can cause a loss of income. She said that because of corruption, illegal smuggling of agricultural products happens which has a direct impact on farmers and fishermen.
She said that when there is corruption, a monopoly is happening which allows businesses to import agricultural products that our country already has.
Aside from these, the facilities and services that are supposed to benefit the agricultural sector are being decreased and deficient due to corruption. The CIBAC party-list has pushed for an Agriculture System Information bill that aims to give information to farmers of every city
gmTm2YhRxBo
Radyo Natin Hinigaran, Negros Occidental
Ms. Edlin Mae Liboon asked: How can the CIBAC help and support Overseas Filipino Workers (OFWs)?
The CIBAC party-list's main objective is to combat corruption and it is composed of OFWs. They recognize the OFWs as the modern-day heroes. With that, the CIBAC party-list helps in fighting illegal recruiters, fixers, unfair employers, and colorum agencies, said Valencia.
Because of the COVID-19 pandemic, a lot of land-based and sea-based OFWs were repatriated. With the help of the Department of Migrant Workers Act which is a law co-authored by the CIBAC party-list, before, if an OFW has a problem there is no precise designated agency that will help them. But now with the implementation of the Department of Migrant Workers Act, the said department is committed to assisting the OFWs with issues such as legal, medical, temporary shelter, and many more, said Valencia.
Radyo Natin Pantukan, Davao de Oro
Ms. Novadissa Balukan asked: What is the main priority legislation of CIBAC that will fight corruption in the next Congress?
The CIBAC paty-list will push for the enactment of the Freedom of Information (FOI) bill that will make all of the government transactions transparent to the public. This will disclose the movement and spending of the public's fund and this will also reveal the Statement of Assets, Liabilities, and Net Worth (SALN) of every government official.
Aside from this, Valencia said that the CIBAC party-list also targets to implement the creation of the National Independent Commission against Corruption (NICAC) bill which allows investigation of corruption cases even on the highest leaders of the country. As a result, all of the services and aids will be distributed to the public honestly and appropriately.
Furthermore, the CIBAC party-list will also support the execution of the Government Online or Computerized Payment System bill that aims to digitalize all of the payments in all government agencies, wherein according to several local government units (LGUs), the revenue generation is much higher when they payment is being collected straightly to the treasury thru online, said Valencia. She said that when the payment is being made via online, the under-the-table scheme will be prevented.
Valenca said in her closing statement that CIBAC party-list not only focuses on their fight against corruption, they also support the implementation of the Tulong Pangakabuhayan program, medical assistance, and scholarship grants that can lessen the burden of parents who has children who are still studying.
Also, the CIBAC has pushed for the Doktor Para sa Bayan Law whose main author is Senator Joel Villanueva. This law aims to provide free education for students who wish to take the medical course, said Valencia.
— KBAPI
Last Modified: 2022-May-06 14.19.00 UTC+0800