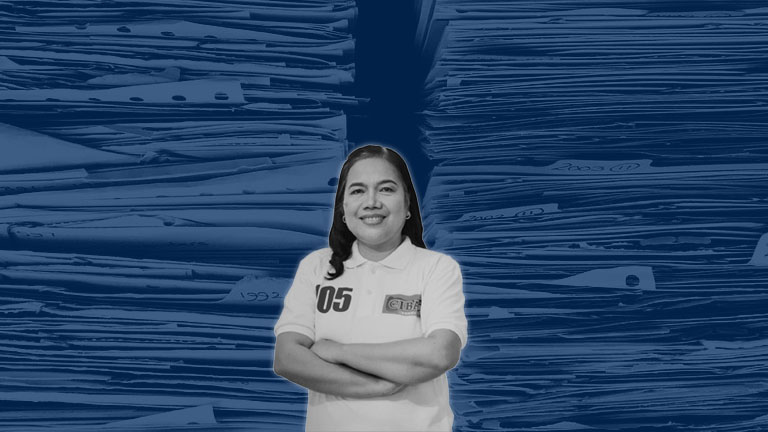 On May 6, 2022, Radyo Natin Nationwide conducted another episode of its current affairs segment, "Radyo Natin Town Hall Meeting" and the discussion centered on how the government can exemplify transparency, eliminating corrupt activities. A representative of the party-list Citizens' Battle Against Corruption (CIBAC), third nominee Atty. Cathy Valencia, joined the panel discussion.
According to Valencia, the Citizens' Battle Against Corruption party-list (CIBAC) is a group that aims to have a graft-free government and to advance social responsibility and corporate citizenship.
Valencia tackled some of the many bills that their party-list have supported and co-authored and she answered some questions asked to her by selected Radyo Natin Stations from Luzon, Visayas and Mindanao. They are from: Radyo Natin Bayombong, Nueva Vizcaya, Radyo Natin Tiwi, Albay, Radyo Natin Hinoba-an, Negros Occidental, Radyo Natin Pinamungajan, Cebu, Radyo Natin Isulan, Sultan Kudarat, Radyo Natin Kiamba, Sarangani, Radyo Natin Bayombong, Nueva Vizcaya and, Radyo Natin Hinoba-an, Negros Occidental.
Radyo Natin Bayombong, Nueva Vizcaya
Mr. Joie Mago asked: What pushed CIBAC party-list to run for Congress?
CIBAC party-list has been established in 2000 and it has joined the party-list system in 200. It aims to the stop suffering and poverty due to massive corruption so that Filipino people can have a better life.
Valencia mentioned a Scotland scholar who studied economy in Asia said that "I have never seen a country in the world like the Philippines which used to be a leading nation in Asia even richer than Japan, until 1943 in a shorter time, it has fallen down to the bottom because it has suffered incredible deterioration due to shocking and unabated corruption." She said that up to now the country is still facing massive corruption which is why the CIBAC party-list will continue its fight against it. 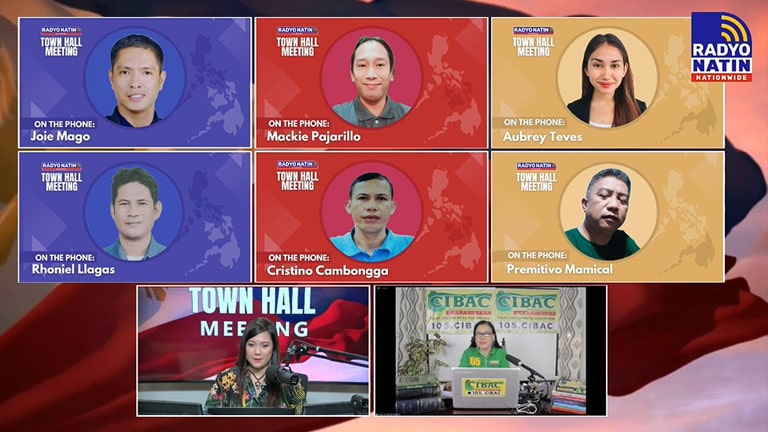 Radyo Natin Hinoba-an, Negros Occidental
Mr. Mackie Pajarillo asked: What is the role of CIBAC in our society and why it is needed in Congress?
Valencia said that CIBAC party-list has a very important and unique role in society. As a legislator, CIBAC party-list creates laws that are anti-corruption because if the people's money will not be well monitored and honestly utilized, the public will suffer from it.
She said that CIBAC party-list aims to screen all of the transactions in the government so that the Filipino people will benefit from its programs and services.
Radyo Natin Isulan, Sultan Kudarat
Ms. Aubrey Teves asked: Last elections, CIBAC party-list is one of the leading party-list, what are the laws that CIBAC co-authored in its last term?
CIBAC party-list has pushed for 500 bills and resolutions from the 18th Congress. Some of the many laws co-authored and authored by the CIBAC party-list are; the Good manners and right conduct (GMRC) Act which serves as a core subject in the K to 12 curriculums both in public and private schools, "Doktor Para sa Bayan" Law that aims to provide free education for students who wish to take a medical course, and, Department of Migrant Workers (DMW) law that will give medical, legal and financial assistance to all of the Overseas Filipino Workers (OFWs) all over the world, said Valencia.
Radyo Natin Tiwi, Albay
Mr. Rhoniel Llagas asked: Why Freedom of Information (FOI) Bill is very important in fighting corruption?
Valencia said that the Freedom of Information (FOI) Bill is very vital because thru this law the people will get all of the information that they needed from the government. She said that CIBAC party-list has pushed for the FOI Bill and until now it is not yet approved and they are hoping that the people will support it.
CIBAC party-list will continue on pushing for the enactment of the FOI bill which aims to bring transparency in all of the government transactions. Valencia said that transparency is very important because this creates accountability and the Filipino people have the right to know how their money is being utilized.
Furthermore, the public should also know the provisions of a certain contract entered into by the government with another country and she believes that the FOI bill will help to make it happen.
wOJaI0AnY5k
Radyo Natin Pinamungajan, Cebu
Mr. Cristino Cambongga asked: As we prepare for a post-pandemic world where everything goes digital. How can CIBAC help in combating corruption, especially in this new age?
According to Valencia, CIBAC party-list will push for the automation of all the government processes which aims to create easy transactions via online and the public does not need to go physically to the government offices. This will prevent bribery and under-the-table transactions. Valencia said that this can help in attracting more foreign investors and as a result, more jobs will be given to the public. If there are more job opportunities, the Filipino people will have a stable and better income.
CIBAC party-list has also filed the law named Government online scheme or House Resolution 2461 which is related to their earlier authored bill which is Ease of Doing Business Act, which aims to have automated transactions to all of the government offices. Valencia said that if there is automation, there is no commission and corruption.
Radyo Natin Kiamba, Sarangani
Mr. Premitivo Mamical asked: What is your message to the voters for this upcoming election, especially to the first-time voters?
Valencia said that all the Filipino voters have a big role in building a wise and sensible nation. She said that all voters, especially the first-time voters must be serious in choosing the right leaders that will serve the country for the next six years for the national positions and three years for local positions.
If the people will vote for leaders who have sincere ambition, the country will grow and prosper. Valencia also said that the public should also look for a leader who has a proven track record, fear of God, know what are the laws he or she pushed for, and does he or she have a history of corruption?
In her closing remark, Valencia said that CIBAC party-list if elected, will continue in combating the evil roots of corruption to eliminate poverty and create a better life for the Filipino people. (KBAPI)
— MDA
Last Modified: 2022-May-06 17.00.31 UTC+0800