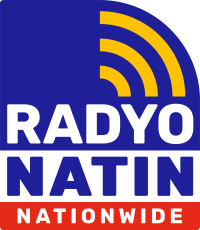 LandBank inks partnership with DAR to intensify support for ARBs

MANILA – and Bank of the Philippines (LANDBANK) formalized its partnership with the Department of Agrarian Reform (DAR) for the implementation of the Accessible Funds for Delivery to Agrarian Reform Beneficiaries (AFFORD-ARBs) lending program through the signing of a Memorandum of Agreement (MOA) last October 9, 2019 at the LANDBANK Plaza in Malate, Manila.
Agrarian Reform Secretary John R. Castriciones and LANDBANK President and CEO Cecilia C. Borromeo signed the Agreement, witnessed by DAR Undersecretary Luis Pangulayan, DA Undersecretary Cheryl Marie Natividad-Caballero, DAR OIC-Assistant Secretary Celerina G. Afable, DOLE Assistant Secretary Philip Paredes, LANDBANK Board of Directors Virgilio Robes, Jesus Hinlo, Jr., Nancy Tanjuatco, and Jaime Miralles, and LANDBANK Executive Vice President Liduvino S. Geron.
"The farmers, whom the President [Rodrigo Roa Duterte] and most Filipino people regard as one of the heroes of our society, must be given the special treatment that they deserve. This would empower them to support their families, and at the same time, to be competent in their respective [agriculture] fields," said Secretary Castriciones.
LANDBANK initially allocated P5 billion for the said lending program, which may be availed of by ARBs to finance the production of rice, corn, and high-value crops, as well as the acquisition of small farm implements.
Through AFFORD-ARBs Program, the Bank will focus on lending to individual ARBs identified through a list to be provided by DAR and LANDBANK Agrarian Services Group. LANDBANK will also provide technical assistance to the ARB-borrowers through loan orientation and financial literacy seminars.
"We are grateful to have a solid partnership with DAR, which allows us to pursue a more focused and direct approach in lending to individual small farmers. By being able to identify the ARBs that we need to target, we are able to focus our efforts and provide the appropriate financing and technical support," said President Borromeo.
As part of LANDBANK's continuing efforts to ensure that its services are more accessible to farmers and fishers, the Bank has implemented improvements in its direct lending programs, including the AFFORD-ARBs, such as simplifying the loan application process, as well as lowering of interest rates, among others.
Specific enhancements include shorter loan application forms and less documentary requirements, and a fixed interest rate of 5% per annum for AFFORD-ARBs, from the previous 6% for short term loans and 7% for long term loans.
"We recently introduced process improvements and lower interest rates to make our direct lending programs, including AFFORD-ARBs, more accessible to small farmers," President Borromeo added.
As of August 2019, LANDBANK has already released over P74 million in loans to more than 300 borrowers under the AFFORD-ARBs Program. (LANDBANK)
— KBAPI
Last Modified: 2022-Jan-15 10.47.51 UTC+0800